Ruthanne Fuller is the thirty-first Mayor of the City of Newton and the first woman Mayor in Newton’s history. She was sworn into office on January 1, 2018. Since then, Ruthanne: 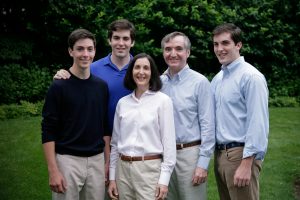 As Mayor, Ruthanne prioritizes making our schools the best in Massachusetts, modernizing city infrastructure like roads and sidewalks, strengthening our neighborhoods and villages, and leading Newton through the twin COVID-19 health and economic crises. Ruthanne cares deeply about making sure Newton is a city where we respect people with different opinions and stays true to being a city that is welcoming, inclusive, and diverse.

“I’ve never seen Ruthanne back down from a tough challenge. Her ability to identify and take on the city’s most pressing issues is an example of what I call true leadership and will make her an outstanding Mayor for our city.” – former Massachusetts State Treasurer Steve Grossman

Ruthanne served as City Councilor from Ward 7 starting in 2010. In that role, she was a leader on the reconstruction of outdated school buildings, the creation of long-term investment plans for water, sewer and stormwater systems, and the implementation of specific steps to ensure Newton’s long-term financial sustainability. 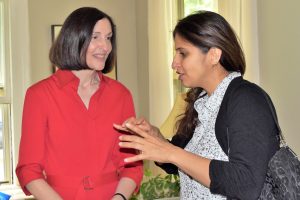 Prior to serving on the City Council, Ruthanne was asked to serve as Vice Chair of the Newton Citizen Advisory Group – a group tasked with improving operational efficiency and effectiveness and making choices about service levels in a period when the city was facing recurring structural deficits. When she lived in Brookline, Ruthanne co-chaired the town’s Financial Planning Advisory Committee from 1993-1994, as well as served on the town’s Finance Committee and chaired its Strategic Planning Sub-Committee. Ruthanne also has over two decades of experience as a Strategic Planner for non-profit organizations and businesses, including eight years at WGBH, including creating its first strategic master plan.

Ruthanne and her husband, Joe, have lived in Newton over twenty-five years, where they raised their sons – twins Mark and Chris, and David. She is now the proud grandmother of her first grandchild, Henry, and co-parent of nine-year-old Argus and a puppy Callie, her beloved Pointers. Ruthanne is a graduate of Brown University and Harvard Business School.